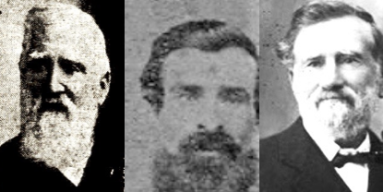 For some Australians these photos of John Ford, James Ford and Richard Cornish are the images of invaders.  Captain James Cook RN is also an invader.

There is a growing chorus of voices who claim that the 26 January, celebrated every year as Australia Day, should be renamed ‘Invasion Day’.

How did this come about?

Party, I am afraid, through a general malaise among Australians as to their own history, a melancholy aliment that has become the target of those with particular ideological axes to grind.  The result is that there is deep and depressing confusion as to the facts concerning the settlement of Australia and James Cook in particular.

In my latest post, Contest Histories, I address these issues outlining the real facts surrounding Cook and the founding of Australia.

This site uses Akismet to reduce spam. Learn how your comment data is processed.